A multi-disciplinary project that spanned community consultation, branding, and spatial design for a co-working space and artist studios in Ealing Broadway

Following an invited competition, Ealing Council appointed Projects Office to develop a strategy for the re-use of a former office building on Ealing Broadway to create workspaces for small businesses and the creative industries. We co-designed the brief with the local community, developed the identity, delivered a series of well attended events, built an online and offline community, and designed robust, re-usable and affordable designs for a range of hardworking spaces.

Prior to our appointment, the council had been developing the brief with the involvement of local people over a number of years. We devised a series of workshops to reconnect with stakeholders, reach out to a wider community, re-ignite enthusiasm and co-produce a Manifesto for the project. Involving a diverse group of local people, these workshops captured aspirations beyond practical and spatial requirements, reflecting the hub community’s ethos and creating a baseline for operations. Co-creating the manifesto gave future users buy-in to the project and became a key reference for the development of the brand and spatial design.

The space needed to appeal to diverse users, from recent graduates, to micro businesses, online developers and artists and makers, from a broad range of backgrounds. A focus on supporting creative businesses quickly emerged, so, to reach a broad range of potential users, including those that might not be interested in traditional consultations, we organised a series of free evening events. Delivered by industry professionals, these focused on the cross-over of creativity and business, helping to grow the project’s network.

We put together a multi-disciplinary team of specialists including a graphic designer with whom we collaborated to devise an easily recognisable and compelling brand identity for the hub’s physical and digital spaces. This holistic design approach created a compelling identity and helped build a buzz around the hub long before it was due to open.

Due to the building’s five-year lease, this scheme was considered a prototype to be rolled out to other locations. We therefore devised a kit of parts approach in response to the needs expressed in the manifesto: modular elements and flexible furniture that allowed for community focused working and that could be easily relocated to future sites, reinforcing the brand in different locations in an affordable and robust way. 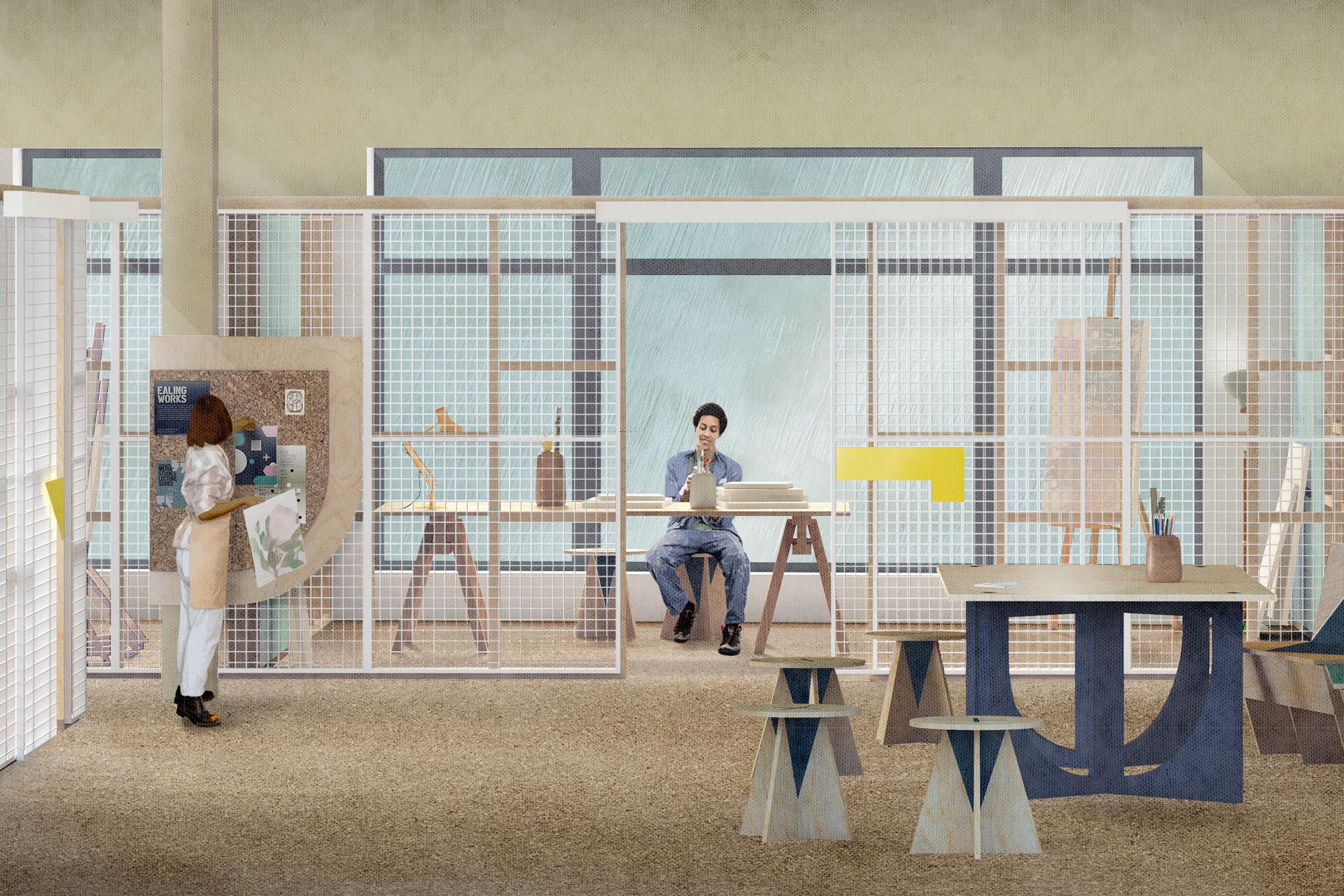 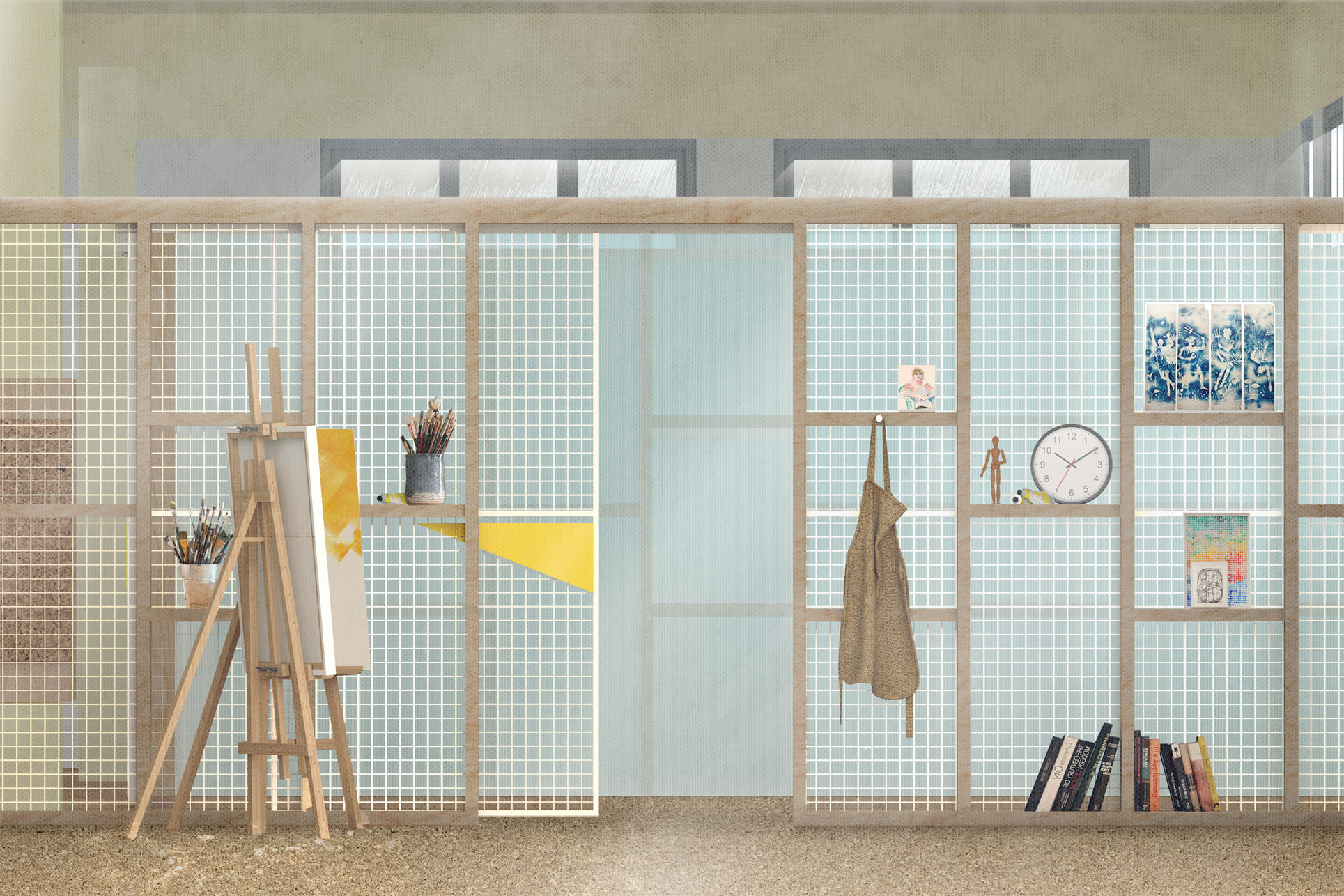 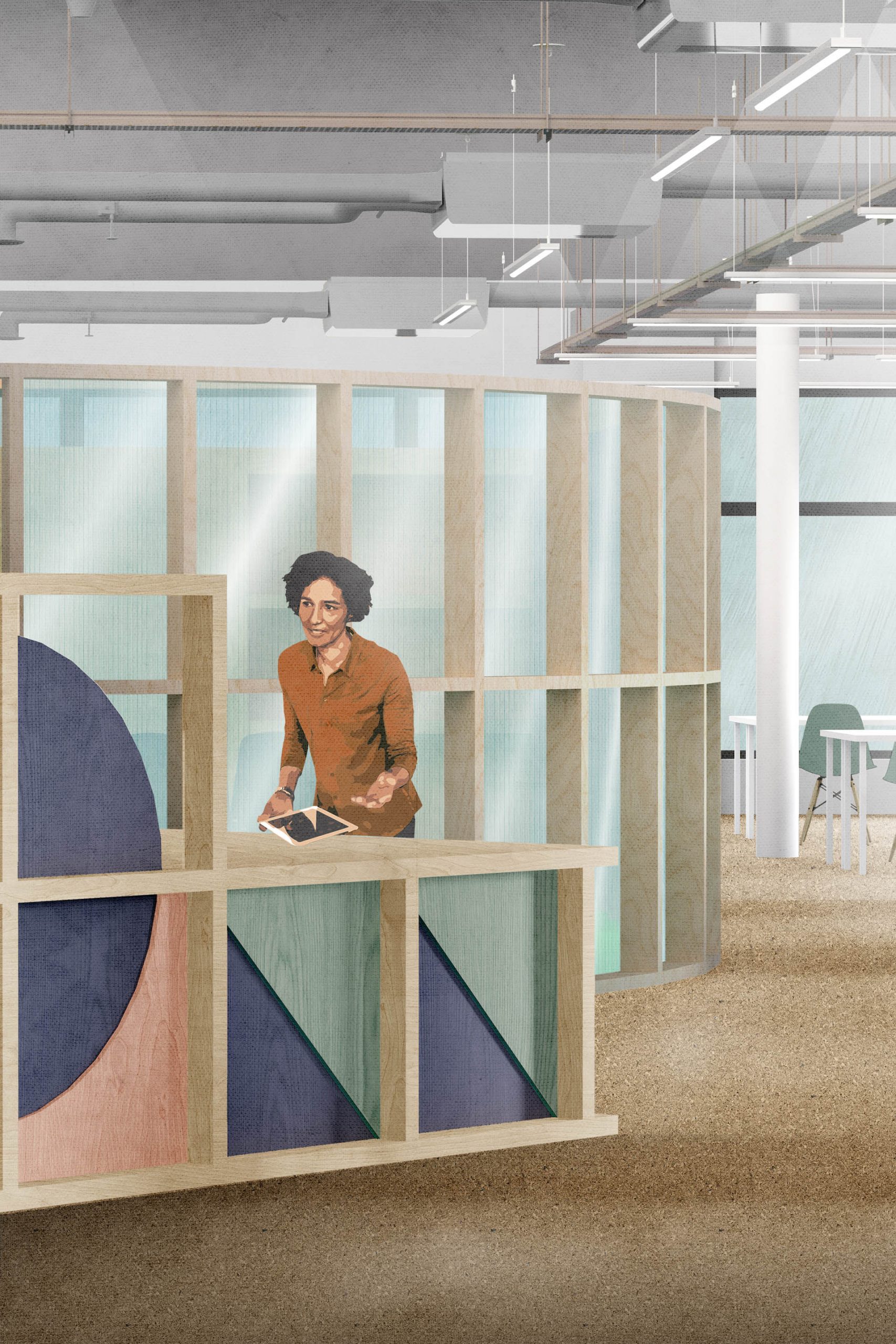 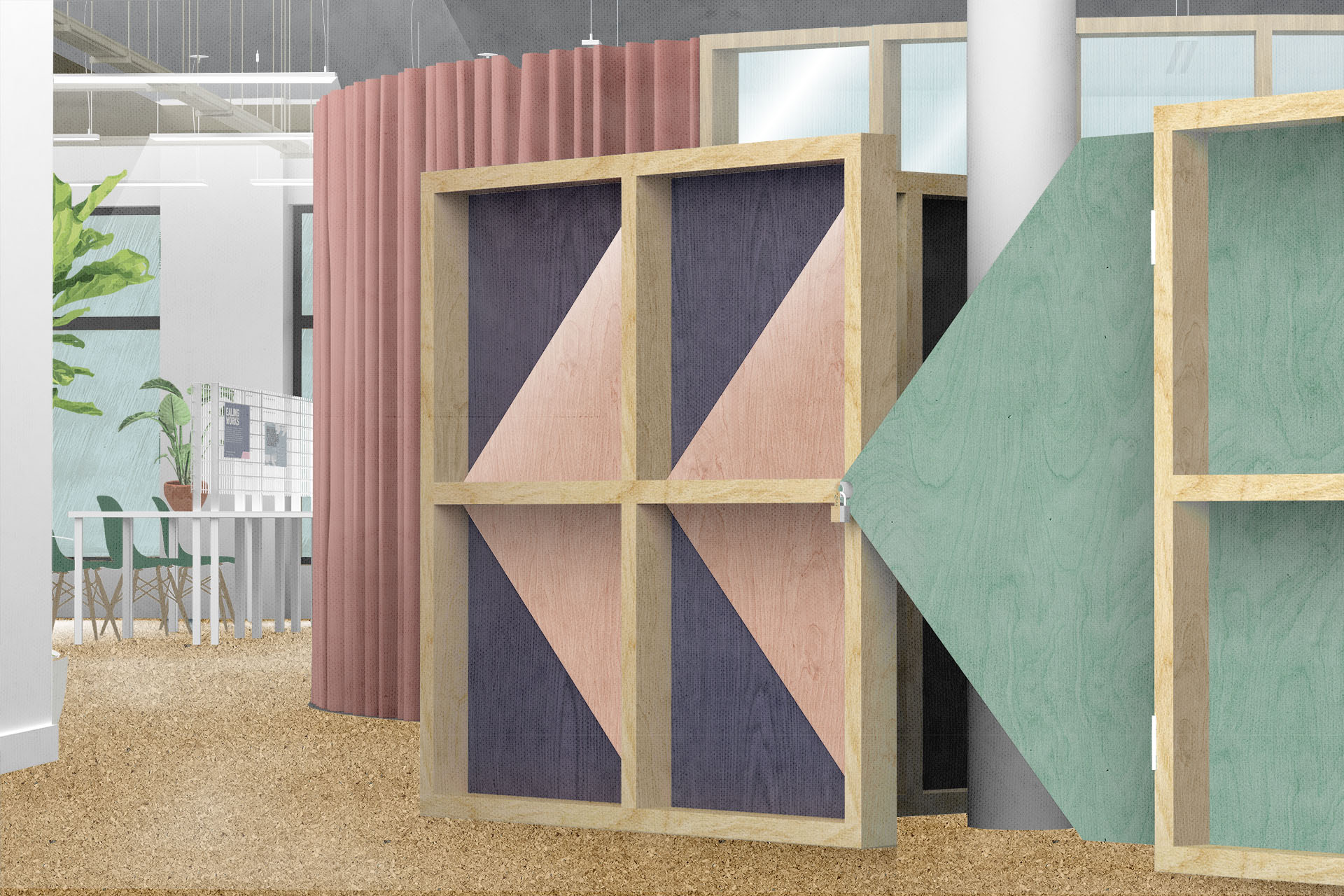